Warning: Streams of Consciousness Ahead; Author is blogging
before bed after a long day, Thoughts may be jumbled. 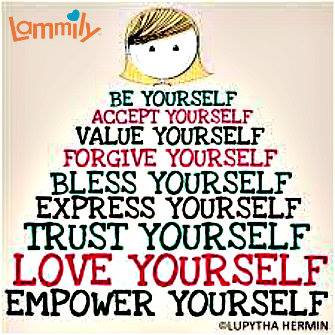 When I woke up yesterday afternoon and weighed myself, I was 142 lbs. I was kind of happy about it and felt I deserved some hard won take out pizza. (Papa John’s 3 Cheese, if anyone cares) I posted about this on Facebook, along with debating whether or not it was “worth it” to get said pizza. Among the comments I got was one from a friend (straight, male) which inferred that I am already “sexy”. The intention behind this was all positive, I assure you, he’s a pretty solid friend (and I hope I’m not making you feel bad by discussing it in my blog, I actually want to thank you for bringing up an important topic). However, as well meaning as he was, it made me start thinking –

Then, after admitting to myself that, yes, I am partially motivated by wanting a particular image, my mind wandered even more – 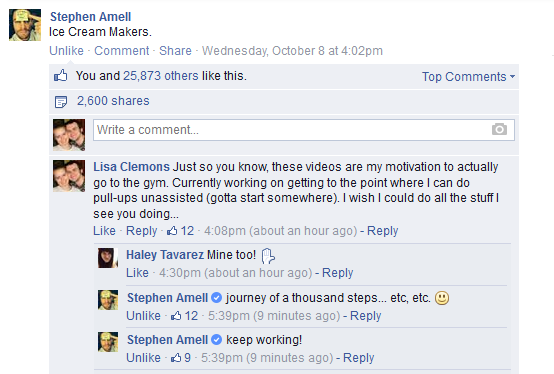 The day Stephen Amell actually responded to one of my comments and gave me encouragement. Made me feel a bit self-defeated when I needed to quit going to the gym due to too many other things going on in life that needed my attention. Still need to reach that pull-up goal.

I really don’t know. It’s likely a mix of everything, honestly. At the end of the day, though, whatever my motivations, I am making a decision about my life and my body because it is what I want. As long as I am comfortable with and feel good about myself, that is all that matters.