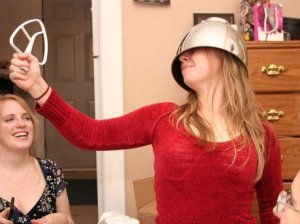 Welcome to Day 5 of my write-a-post-everyday-for-a-month challenge. I’ve actually been writing blogs for over a decade across multiple platforms. I used to write when I was younger as a coping mechanism to deal with stress. I still tend to do this – I have unsent letters I’ve written to people and my Facebook timeline is mundane reports of my day to day activities sprinkled with emotional rants that I almost immediately regret posting but feel compelled to in the moment (sorry, privacy restrictions require you to be my friend first, or some kind of hacker, or the government). It was much easier for me to write something every single day when all of my posts were personal – this was also when blogging was a regular form of socialization, before I bored people to death with smaller blurbs about my day on Facebook.

When I first started this blog in 2010, I had hopes to make it more professional. If you go back and re-read some of the earlier posts, you can see that I would write these researched pieces with links to sources that, at least to me, scream how fresh I was from college. I think, at the time, I had grandiose ideas about being a professional artist, thanks to the now defunct 3rd Thursday Art Shows that I was in love with. I was working at a thrift store where I became very conscious of the amount of textile waste we create, and I had much more free time to sew and create than what I do now. 2010 was a wonderful, transitional year for me for many reasons:

Taken from the skydeck of the Sears Tower in Chicago, Illinois by a friend. This particular trip to Chicago carries a lot of special memories that I look back on fondly. November 6, 2010.

So many things have changed over the course of the last 5 years. I have changed and grown as a person. My life is different, my priorities are different. But, overall, 2015 doesn’t feel like it has been that great of a year for me. It’s mostly been a lot of pain and deep-felt heartache. There were plenty of positive things as well. I hope that, in another 5 years time, I will be able to look back on this past year and remember these positives more clearly than I can right now.